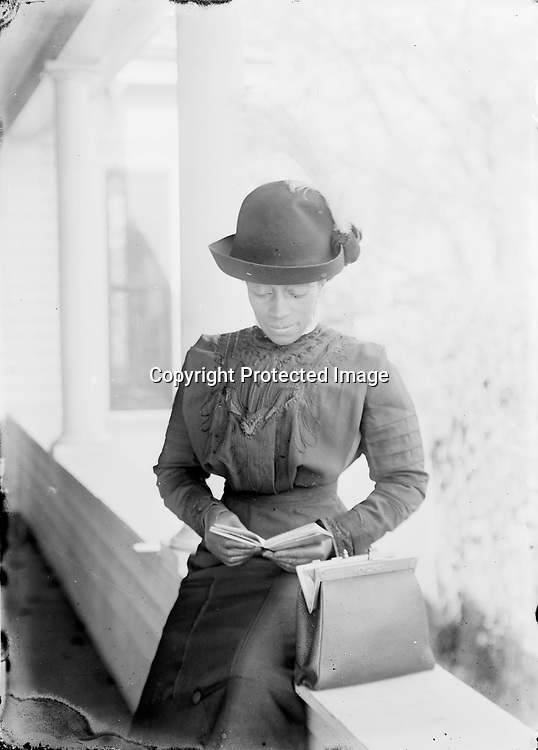 Young Woman with Book.
A number of the photographs feature people with books, a testament to how strongly education was stressed in Lincoln’s African American community. Here, an elegantly attired young woman reads a small book.  Johnson composed several photographs in the well-lit shade of this big porch, which may have been at the house of William Cotton, a letter carrier who lived near Johnson and who worked from the Post Office where the photographer was a janitor.