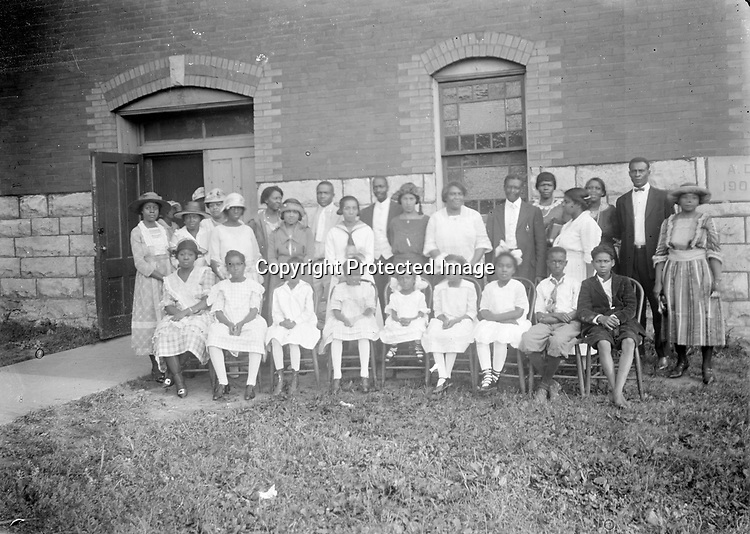 CHURCH GROUP OUTSIDE QUINN CHAPEL, BEFORE 1915. Quinn Chapel African Methodist Episcopal Church was Lincoln's first African American congregation, founded in 1871, just four years after the city was established. The brick and stone church was constructed in 1900 at 1026 F Street. The photograph was taken before the congregation moved the building to Ninth and C Streets in 1915, where the remodeled structure still houses Quinn Chapel in 2008.