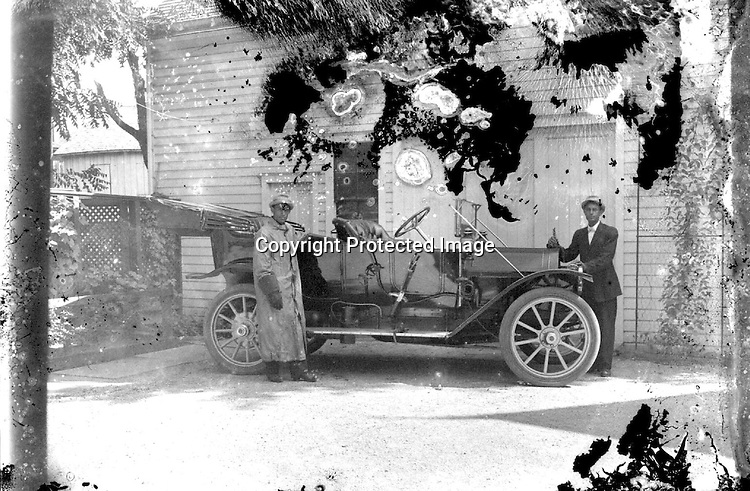 This car looks to be 1911 Oldsmobile "Special" Touring. The Special was Olds least expensive car for 1911, 4 cyl 36HP & was dropped in 1912 favoring the Autocrat & Limited. The paint is beautiful, must be very new as the paint faded in a few months.

There were about a half-dozen chauffeurs in Lincoln, Nebraska at the time. A decent candidate for this driver is "Keren H. Brewer" who drove for Irving G. Chapin (president of a lumberyard), then Samuel R. McKelview (Governor), then Charles Stuart ("capitalist" developer of Stuart Building, Piedmont subdivision, etc). Brewer was driving for and boarding on premises (perhaps in the carriage house) of the Chapins at the time this photograph was taken around 1911. The man on the right has not been identified.
Douglas Keister