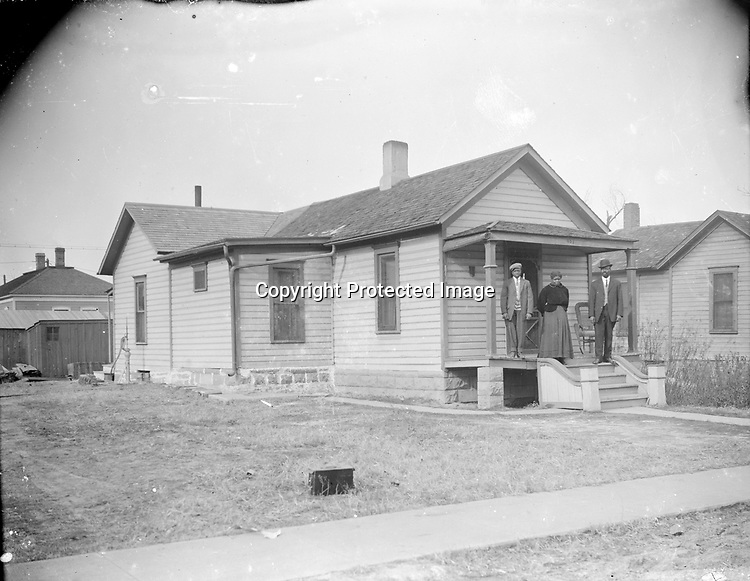 SHIPMAN HOUSE ON THE NORTH SIDE. Prior to the 1920s, a compact neighborhood of small houses was nestled between the growing University of Nebraska campus and the North Bottoms, another enclave of Germans from Russia. Many of the North Side residents were African American, including the Shipman family. Their house was on University Avenue, which ran north from Vine Street between North Twelfth and Thirteenth Streets. In the 1920s, the University of Nebraska built the Coliseum on this location.