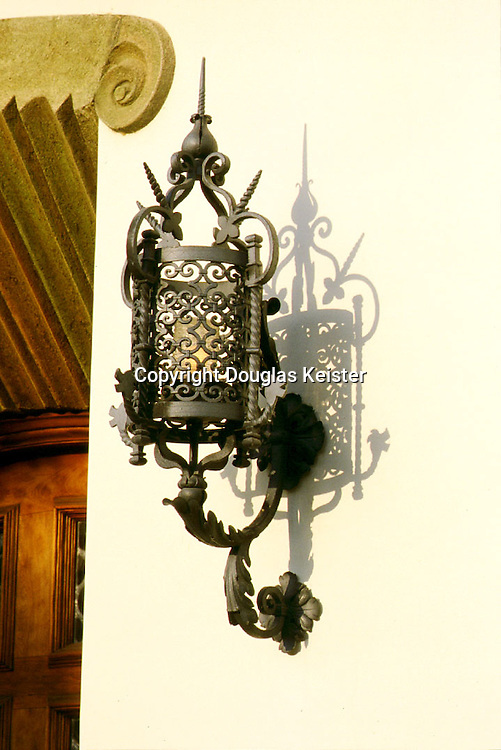 This massive wrought-iron lamp at the entrance to the Adamson house admirably announces the level of quality to be found within. The architect was Stiles O. Clements, a master of the Spanish Revival in the Los Angeles area.

As distinct from pendant fixtures, which generally hang from chains and are free to move, wall brackets feature a decorative backplate and some form of wrought or cast arm attaching them rigidly to the wall. These four lanterns are all examples of the type. Clockwise from upper left: A clear-glass, six-sided lantern on a wrought-iron bracket with angled stanchions and a cast backplate; an eight-sided amber glass lantern with floral decoration on the backplate and lamp base, and with an unusual domed and spiked cap; an eight-sided amber lantern with chimney whose bracket consists of a forged wrought-iron leaf; and a six-sided lantern on a combined cast iron and wrought iron bracket.
Douglas Keister