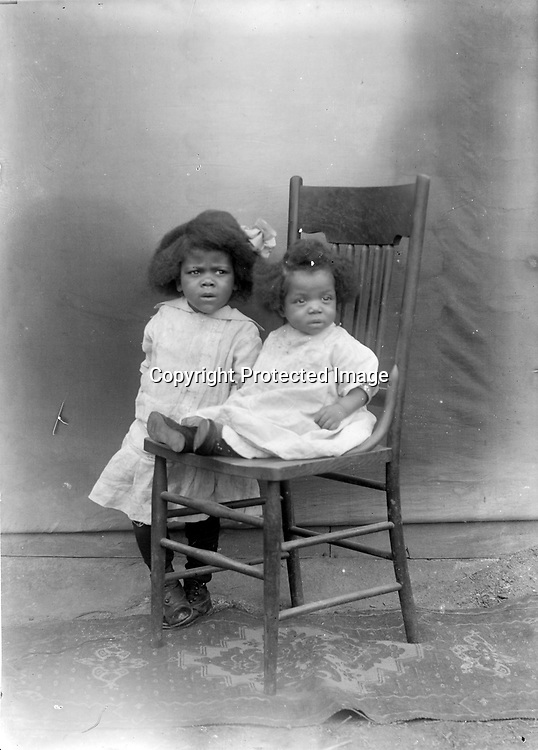 PAIRS OF SIBLINGS. It appears that John Johnson sometimes set up his open-air "studio" and families brought their children to him. It is difficult to be certain whether this image and image LB055 were taken the same day, but they were taken on the same rug and perhaps used the same chair. Baby boys and girls were often dressed similarly, but hair ribbons were huge and hugely popular for girls only.