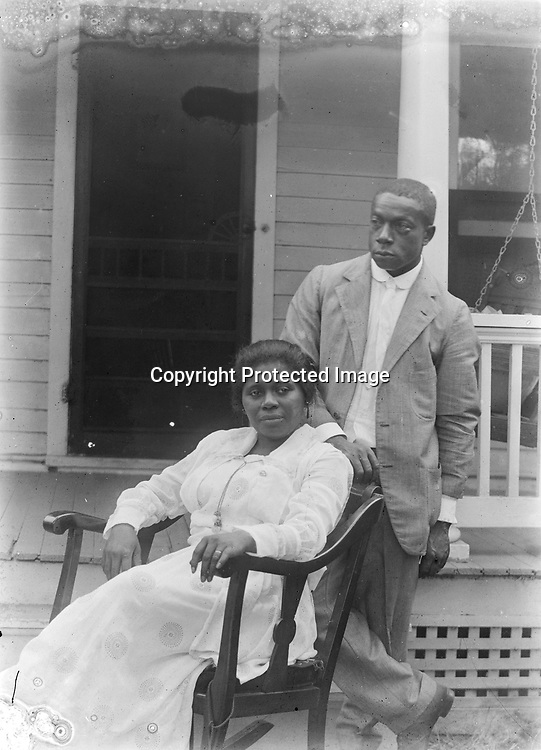 JOHN AND ODESSA JOHNSON, AUGUST 1918. When Odessa Price married John Johnson in 1918, she was 27 and he was 39. This is probably their wedding portrait. The Johnsons were married for 34 years and died within months of each other in 1953. John Johnson must have had assistance in triggering the shutter of his bulky view camera, but his own portrait shows the same combination of careful composition and relaxed subjects seen throughout his photographs. John graduated from Lincoln High School in 1899, where he was a member of the track team. He briefly attended the University of Nebraska, where he played football. He was a laborer and janitor at the U.S. post office and courthouse from 1904 to 1917, and again through the 1930s, but also worked as a drayman and a teamster. John compiled an extensive listing of the African American residents of Lincoln and their occupations for Negro History Week in 1938, mentioning five individuals who worked at portrait studios as photographer's assistants. Under the heading photographer, he listed only "John Johnson."