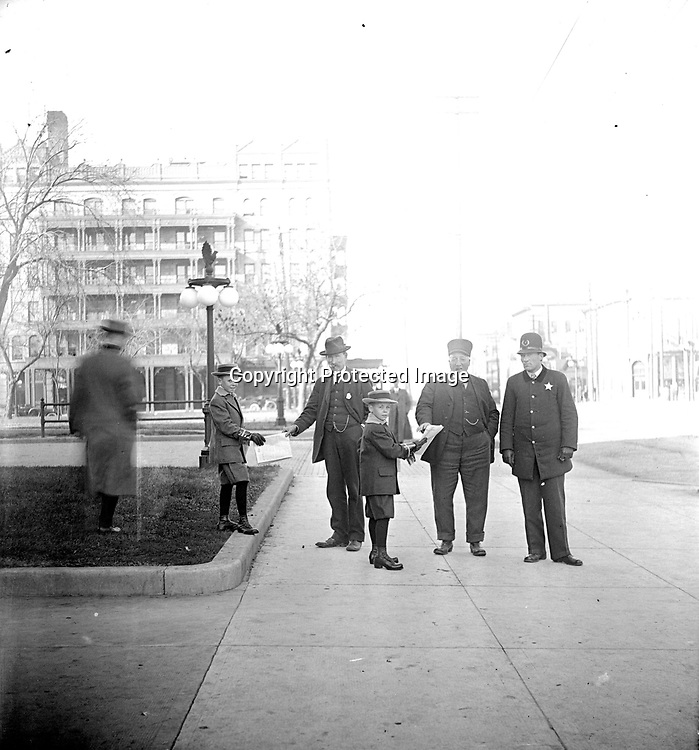 NEWSBOYS AND PATRONS. The men and newsboys of the lower image on page 17 have stepped down from the courthouse entrance to pose in the act of selling their papers on the sidewalk north of the courthouse and post office. The office of the Lincoln Journal newspaper (Nebraska State Journal in the 1860s, Lincoln Journal Star in 2008) was located across P Street to the north of the courthouse and post office since the 1880s and remains there today. Lincoln Hotel is in the left background, west across Ninth Street from Government Square. The light pole with four globes has a bronze eagle finial with raised wings. Those lights were installed around Government Square in 1907.