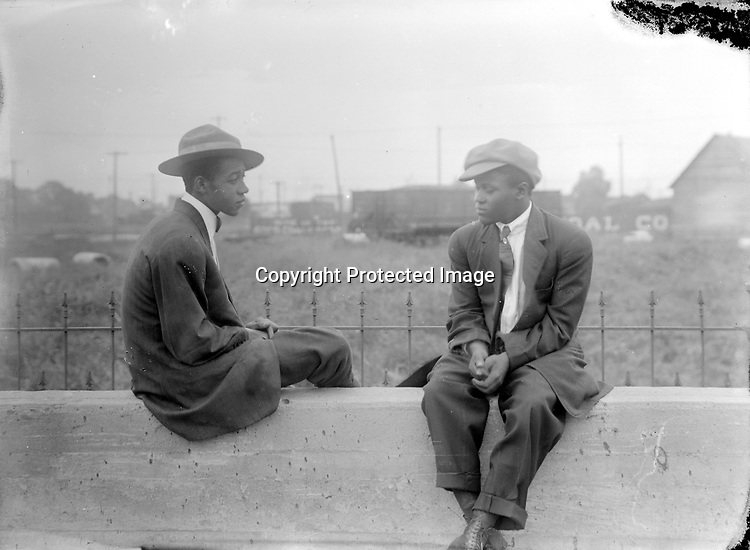 Note: Also image LB184
DAKOTA TALBERT AND FRIEND. Dakota Talbert was born in Fort Scott, Kansas, and came to Lincoln with his family in 1913. He served in the army in France during World War I. His uniform featured a hat very much like this one. The concrete wall was at the west end of the viaduct that carried O Street—Lincoln’s “Main Street”—over the railyard on the west side of downtown. His sister identified the young man seated with Talbert as most likely his friend Vernon Howard. Talbert worked as an elevator operator, shoe shiner, driver, and cook in Lincoln and Omaha restaurants.