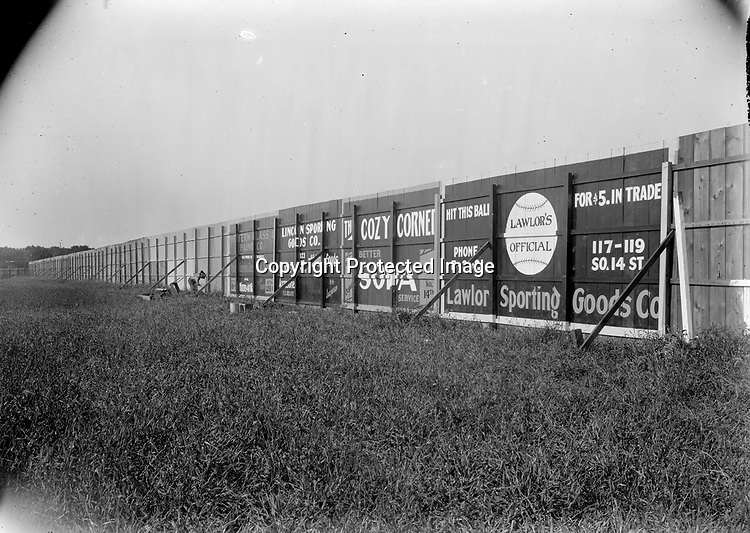 PAINTING THE OUTFIELD FENCE AT LANDIS FIELD, C. 1922. Even Tom Sawyer might not have persuaded anyone to help paint this fence. The businesses advertised on the fence--two sporting goods stores and Cozy Corner soda shop--were founded or relocated to the listed addresses in the early 1920s. Buck Beltzer built Landis Field in 1922 at Second and P Streets, west across the viaduct from downtown Lincoln. It was home to a charter franchise of the Class D Nebraska State League, the Lincoln Links, which returned organized baseball to Lincoln after a five-year hiatus. Beltzer named his field for Kenesaw Mountain Landis, the first commissioner of Major League Baseball. It was home to Nebraska State League and Western League teams until 1939.