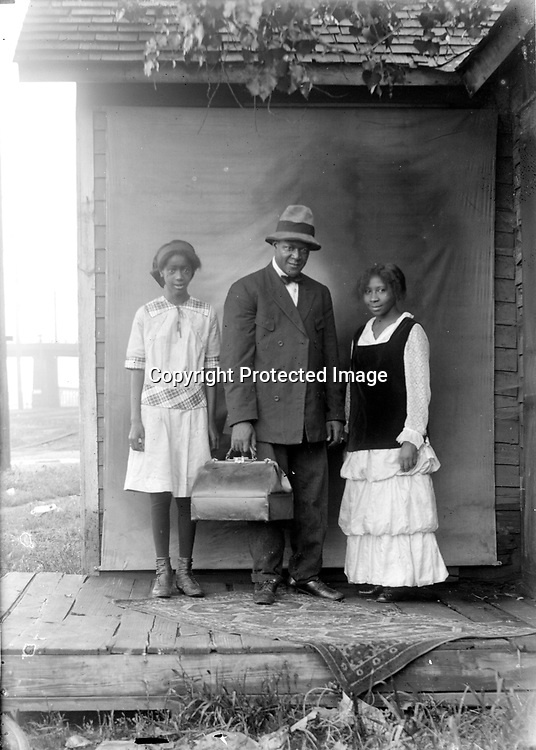 FLORENCE JONES, KIT CARRIGER, AND A GENTLEMAN
Florence Jones (left) and Kit Carriger pose with an unidentified man before Johnson's portable backdrop. Perhaps the man was a traveler, but if the satchel is a medical bag, then he may have been Dr. Harrison A. Longdon, one of two black physicians who served Lincoln's African American community in this era. Longdon was in Lincoln from the mid 1910s to 1916, overlapping for those years with Dr. Arthur B. Moss, who served from the mid 1910s until his death in 1938. Serving a small and impoverished community was not a path to wealth--both Longdon and Moss lived in rented quarters.