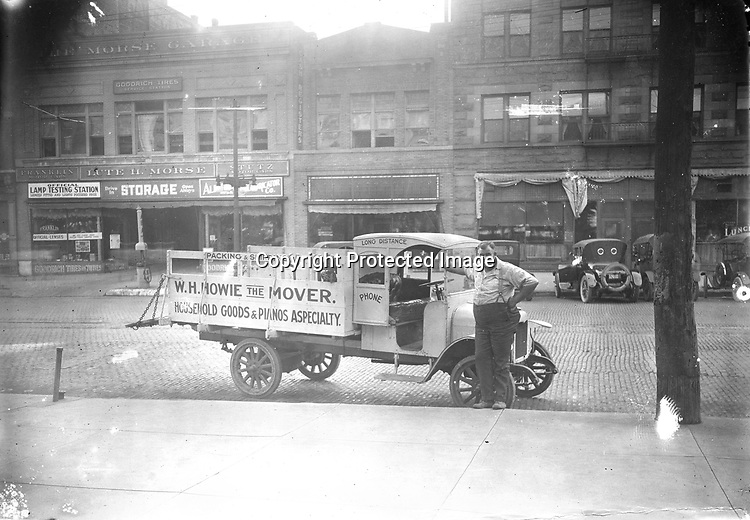 HOWIE THE MOVER. Will H. Howie was photographed with his moving truck on the west side of Government Square around 1923. Howie was born in 1885 to an English mother and Scottish father. He moved pianos and was a driver for various Lincoln transfer companies before operating a business in his own name in the early 1920s. Howie's truck appears to be the Revere model assembled by Hebb Motors of Lincoln. In 1919 and 1920, Hebb manufactured Patriot Trucks on Ford chassis in Havelock, adjacent to Lincoln.