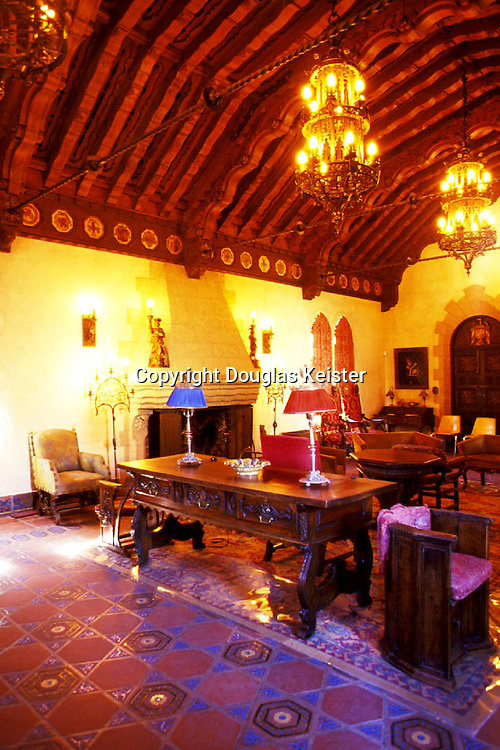 Scotty's Castle
Death Valley California
The upper music room, with its elaborate carved redwood ceiling beams set off by massive double-staged chandeliers, typifies the quality of detail found throughout the Castle. The clay tile floor is laid in arabesque pattern harking from Moorish Spain; despite its seeming complexity, its tiles consist only of triangles and hexagons. The row of tile medallions in the frieze are thought to be the coats of arms of towns from which the Castle’s European craftsmen originated.
Douglas Keister