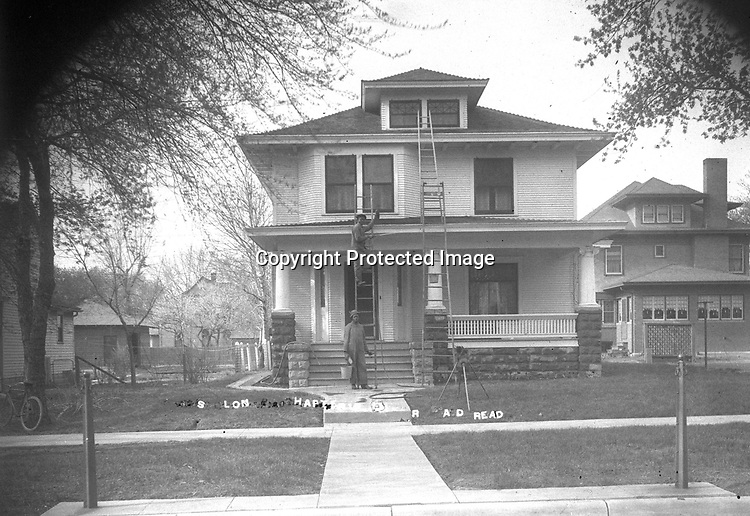 WINDOW WASHERS. This and image LB048, feature window washers at work on tall houses. Lettering added to the negatives hints that they may have been intended as trade cards or advertisements for a window-washing service. Although many of the letters have fallen off, one image includes the address 1616 North Twenty-seventh Street. That is not the house depicted, but instead was the residence in 1915 of Mathew Carter, an African American janitor and John Johnson's probable client for these pictures. The image below is 1634 B Street, a house built in 1908, one block from the Weil house.