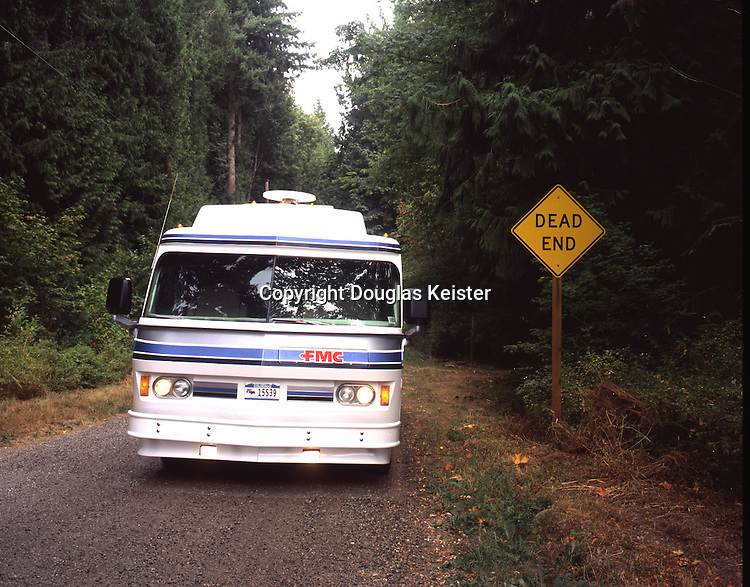 This motorhome has a very interesting lineage. FMC, an acronym for Food Machinery Corporation, got its start in 1883 when inventor John Bean developed an innovative insecticide pump. The name was changed from the John Bean Manufacturing Company to the Food Machinery Corporation in 1928 when the company got into the canning-machinery business. The company kept adding mechanized products, and eventually started producing amphibious vehicles for the military. In the late 1960s, during a lull in their military vehicle contracts, FMC turned its sights towards the burgeoning recreational vehicle market. By 1972, FMC had transferred personnel from its ordnance division and formally launched a motor coach division in Santa Clara, California.

Initial prototypes were 19 and 23 feet long, but neither one went into production. FMC settled on a 29-foot size, and the first one was completed in late 1972. The well-made and pricey coaches, which sold for between $27,000 and $54,500, or about the same price as an average home of that era, were popular among the upscale motorhome buyers. The FMC had a fiberglass body on a aluminum frame, mounted on a proprietary low-slung chassis and a rear-mounted engine. These features combined to give it excellent handling, a trait that appealed to racecar drivers Mario Andretti and Parnelli Jones, who each owned an FMC. Tinseltown entertainers Clint Eastwood, Carol Burnett, Pat Boone, and James Brolin also owned FMCs. . But the most famous person to own a FMC was CBS reporter Charles Kuralt, host of the popular news feature On the Road with Charles Kuralt. An FMC was last of Kuralt’s six motorhomes. Fittingly, it is on public display at the Henry Ford Museum in Dearborn, Michigan.

The FMC coaches were only officially manufactured from 1973– until 1976. The 1973 energy crisis had already put a damper on the manufacture of all brands of motorhomes, which put the FMC coaches in a difficult position from the beginning. By 1975, FMC had a contr
Douglas Keister