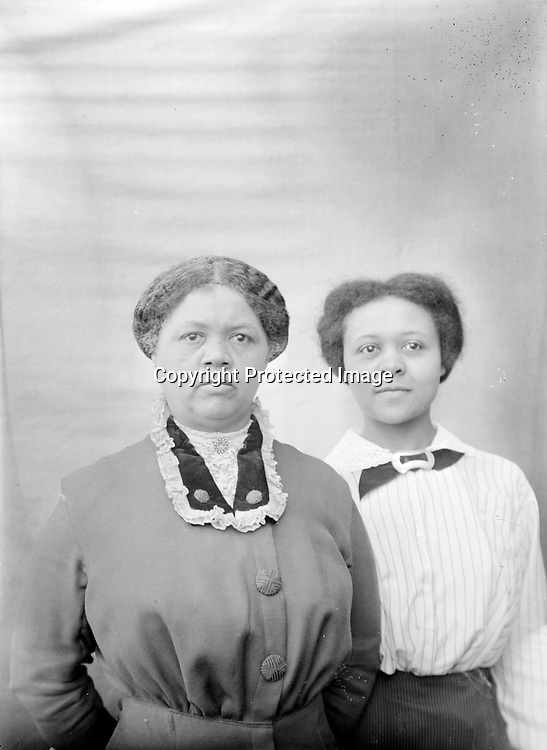 FRANCES HILL AND MATRON. Frances Hill (1904-1932) stands demurely behind an older woman--perhaps her mother? Hill boarded with John C. Galbreath's family even before she graduated from Lincoln High School in 1924 and as late as 1929. Galbreath also provided her grave at Wyuka Cemetery upon her young death in 1932. (Frances Hill appears in other images)

The 1920 census shows Aaron Douglas, 21 year old University student, was a roomer in the household of Ben. F. & Lottie Corneal. Ben was head of the waiters club of Lincoln; a second roomer was a barber. They resided at 524 N. 9th--a couple of blocks south of Mamie Griffin's house at 915 U. The Corneals next door neighbors were John and Mable Galbreath at 524 N. 9th. John was sometimes a waiter; in 1920 he was listed as operating a restaurant. John and Mable also had a roomer, as well as a stepdaughter--15 year old Frances Hill.