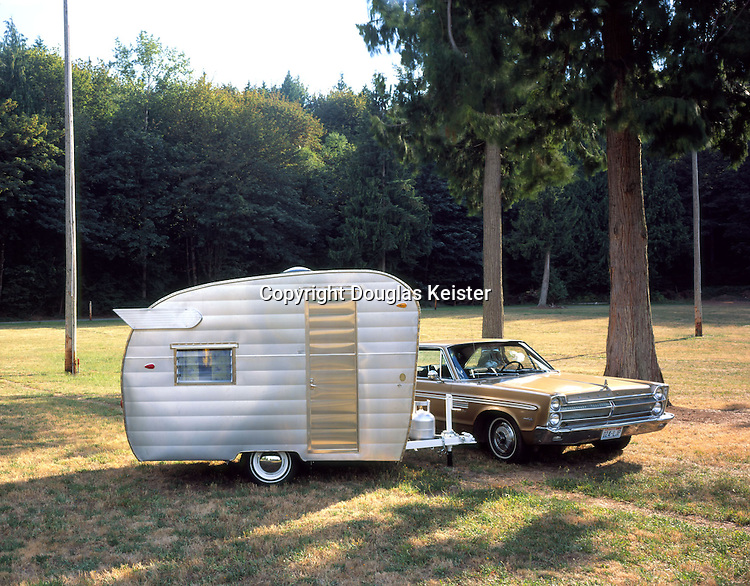 Shasta
Shasta trailers are among the most desirable "canned ham" trailers. The company got its start in the 1941 when Californian Robert Gray made Shasta trailers for military housing. Shasta says the 1941 date makes them the trailer manufacturer with the longest continuous operation (Airstream started in 1936, bur ceased manufacturing trailers during World War II) Shastas continue to be manufactured by Coachman in Elkhart, Indiana. One of the most unique features of the Shasta are the little wings that are affixed to the back of the trailer. Shastas got their wings in 1958; the wings got smaller in the late 1960's when the shape of the trailer got boxier; then the aluminum wings were replaced with plastic and finally the wings were clipped forever when Coachman took over the company. Factory versions of the Shasta trailer are painted, usually in a two-tone theme. But when an engineer from Boeing in Seattle, restored this twelve-foot 1962 Shasta from the ground up he just couldn't bear to paint the newly fabricated skin.
Douglas Keister