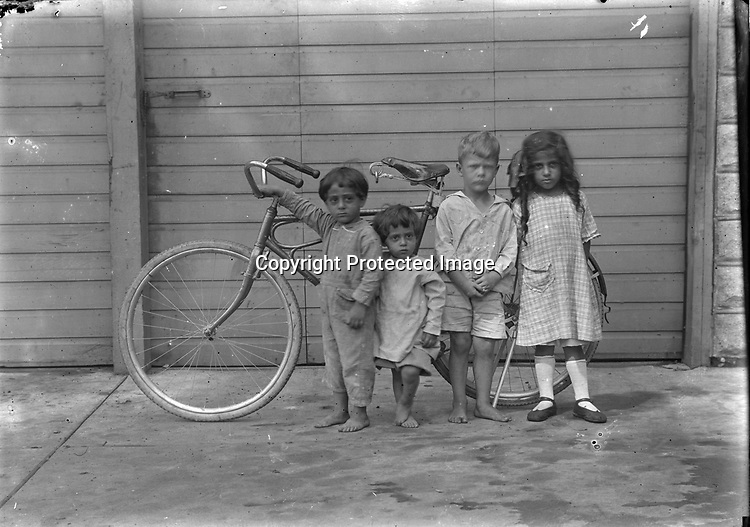 ZAKEM CHILDREN AND FRIENDS, C. 1921. After this photograph was featured in NEWSWEEK magazine in November 1999, collection owner Douglas Keister received a call from a radiologist in Atlanta, Georgia. The man, who identified himself as Jim Zakem said the child on the left was his father and provided additional information. Lebanese-born Alexander K. Zakem (1879-1942) and his wife Anise were the parents of the three dark-haired children. James, born in Michigan in 1917, is at left beside little sister Lillian. The blond boy was a playmate. Older sister Adeline, at right, was born in Montreal in 1916.

Zakem immigrated to America in the 1890s and came to Nebraska around 1900. When his first wife died, he returned to Lebanon, remarried, and came back to Nebraska in 1918-1927, joining relatives who had settled in the area. He operated restaurants in Lincoln and smaller Nebraska communities. James Zakem, a retired electrical engineer in Michigan, shared the family history in 2000.