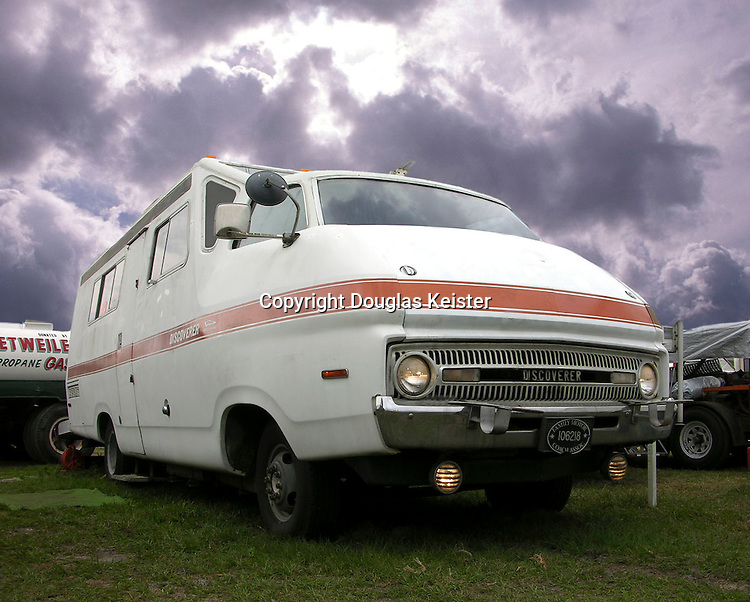 Certainly one of the most aerodynamic motorhomes ever made was the Rectrans (recreational transport). The Rectrans was the brainchild of Semon “Bunky” Knudsen who had served as president of the Ford Motor Company and had been a vice president at General Motors. Knudsen was looking for new horizons to explore and an opportunity arose when the White Motor Company hired him to built a motorhome so they could serve the growing RV market. Knudsen’s first order of business was to hire famed stylist Larry Shinoda, who had designed the Corvette Sting Ray, the Z-28 Camaro, and the BOSS 302 Mustang. A second generation Japanese American (he and his parents were interred during WWII), Shinoda was recognized as one of the most brilliant minds in automotive aerodynamic design. When Shinoda arrived at the White facility in 1970, he was charged with the task of eking out 10 miles per gallon from a 10,000-pound motorhome.

Shinoda is credited as being the first person ever to use a wind tunnel to engineer a motorhome, a task he accomplished by carving a 1/25-scale model of his proposed vehicle and testing it at Fort Wayne University’s wind tunnel. What resulted was a 25-foot long fiberglass shell mounted on a Dodge M350 chassis and powered with a 413-cubic-inch Chrysler industrial engine. It got 10.1 miles per gallon. Surprisingly the Rectrans could accelerate from 0 to 60 miles per hour in 11 seconds. From 1971 until January 1974, there were approximately thirty-three hundred Rectrans built. Pictured here is a 1972 Rectrans Discoverer purchased new by its current owner in 1975. The motorhome had originally been built for a doctor but had never been delivered. At $17,735, it was the highest priced model and had a number of custom features, including a “Thermosan,” an ingenious sewage disposal system that pumped raw sewage through the exhaust system and incinerated it.

When the energy crisis hit in 1973, many motorhomes sat unsold and idle and gathered dust for months
Douglas Keister