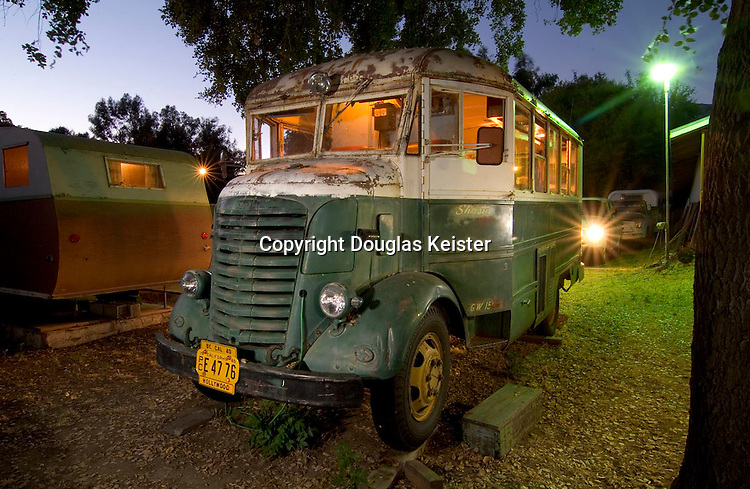 In 1940, movie-mogul Howard Hughes commissioned eight mobile dressing rooms for his company, RKO Studios (now Paramount). This 19-foot vehicle, with 15 feet of usable interior space is built on a heavy-duty GMC chassis that was originally designed for military vehicles. Indeed, its instrument panel has a decidedly industrial look to it. The driver’s and passenger’s seats are the same as those used in the Ford Tri-Motor airplane, and the headlights are equipped with side blackout lights. The vehicle is also equipped with a generator, which provided power when the vehicle was used in remote mountain and desert locations.

The vehicle was sold to a collector during the RKO liquidation auction in 1958 for the then staggering sum of $12,000, but it wound up moldering away in eastern Washington. In 2003, it was acquired by John Agnew who is restoring it at Funky Junk Farms in Los Angeles.
Douglas Keister