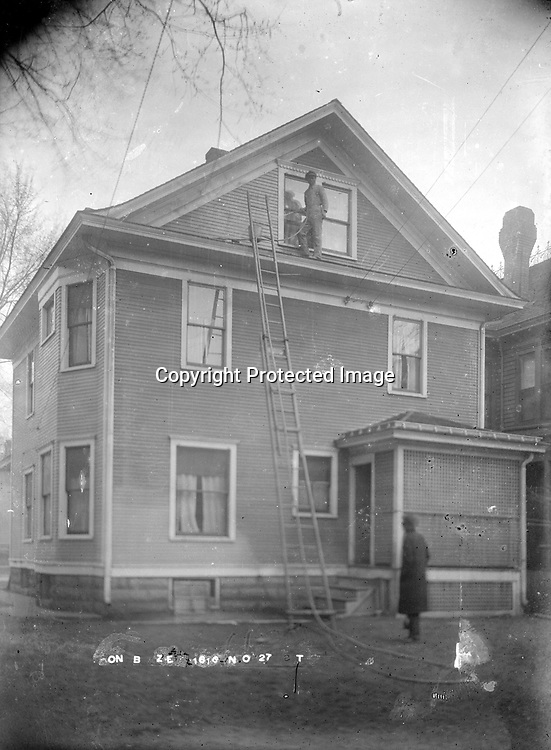 WINDOW WASHERS. Two images feature window washers at work on tall houses. Lettering added to the negatives hints that they may have been intended as trade cards or advertisements for a window-washing service. Although many of the letters have fallen off, the top image includes the address 1616 North Twenty-seventh Street. That is not the house depicted, but instead was the residence in 1915 of Mathew Carter, an African American janitor and John Johnson's probable client for these pictures.