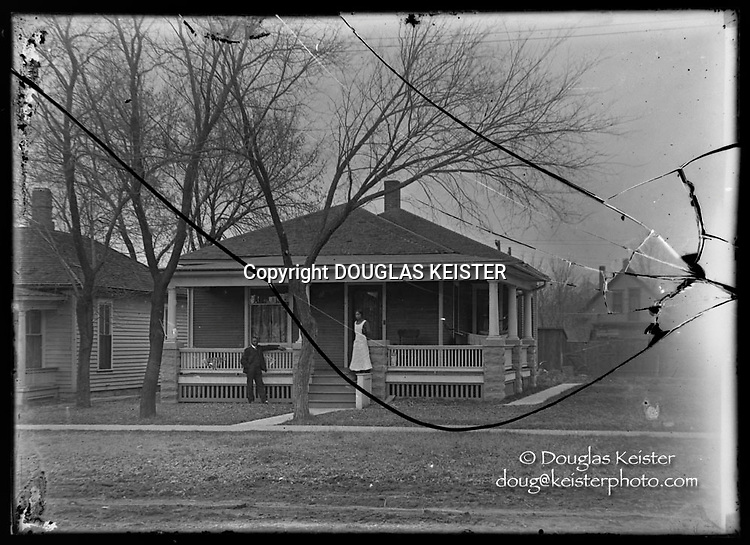 THE SHELBY HOUSE, 924 PLUM STREET. James Shelby (1874-1930) and his wife, Mary, stand at the front of the house they purchased in 1912 for a hard-earned $1,800. He worked as a hotel porter, waiter, and eventually headwaiter. She was a dressmaker and a Sunday school teacher at Quinn Chapel. In the early 1920s, James was proprietor of a downtown restaurant. Later in the decade he owned Union Hat Company, offering shoe shining and hat blocking.