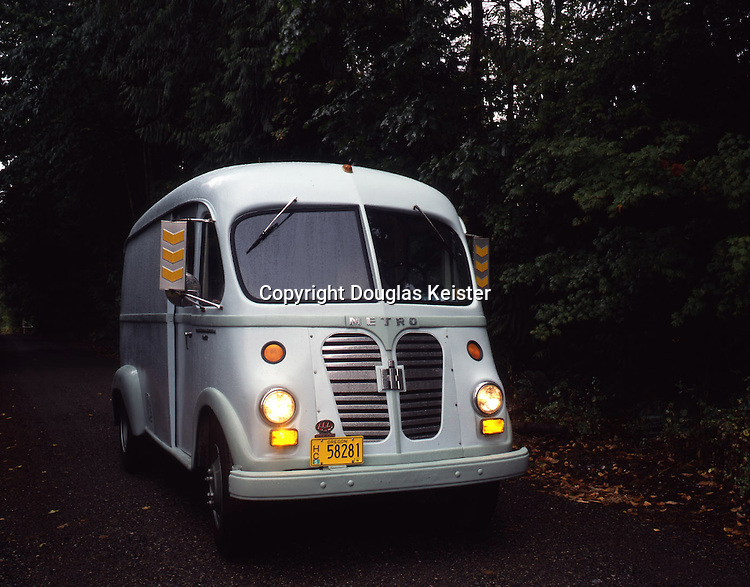 Some of the first van conversions were the various incarnations of Metro vans that had previously served as delivery vehicles for many products, including linens, milk, and bread. These tidy little vans (most were around 18 feet long) were readily adapted to homes on wheels, thanks to their sturdy frames and ample headroom. While they hardly rocketed down the highway, they, like the proverbial tortoise, trudged along with a steady-as-she-goes attitude.

This 1951 International Metro Step Van served for a dozen years as a delivery truck for the American Linen Supply Company in St. Paul, Minnesota. It somehow made it to California via Las Vegas where its current owners purchased it for a crisp one-hundred-dollar bill in 1969. The little van has been on a number of adventures, including towing a 31-foot Airstream trailer over one hundred thousand miles in four years. During a particularly arduous portion of that journey in Mexico, it acquired its nickname, Tortuga (tortoise). Vern and Kathey Heaney own the Metro van. Photographed at the Deming Log Show Grounds, Bellingham, Washington.
Douglas Keister