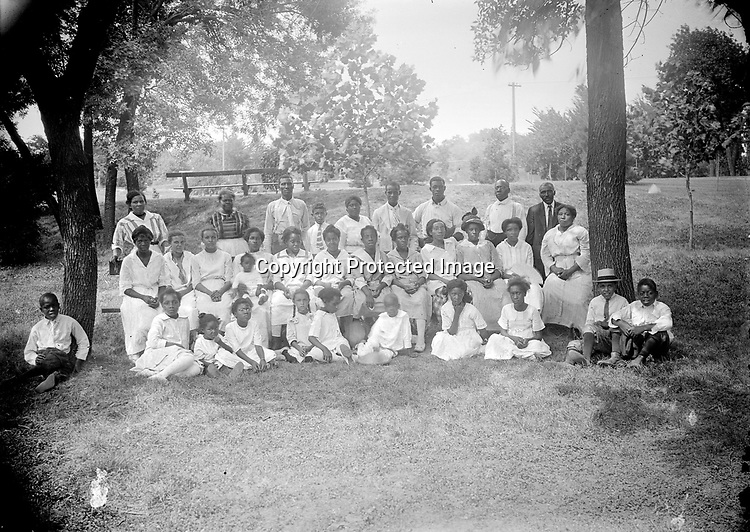 NEWMAN CHURCH GROUP. Newman Methodist Episcopal Church was founded in 1891 as an offshoot of Quinn Chapel. Rev. Albert Talbert (in shirtsleeves, second from right in the back row) was pastor at the time this view was taken, around 1915. His daughter Ruth (bespectacled, third girl from left in the first row) recalled in 2003 that her father often had John Johnson take photographs of Newman's Sunday school groups in Lincoln's Antelope Park.