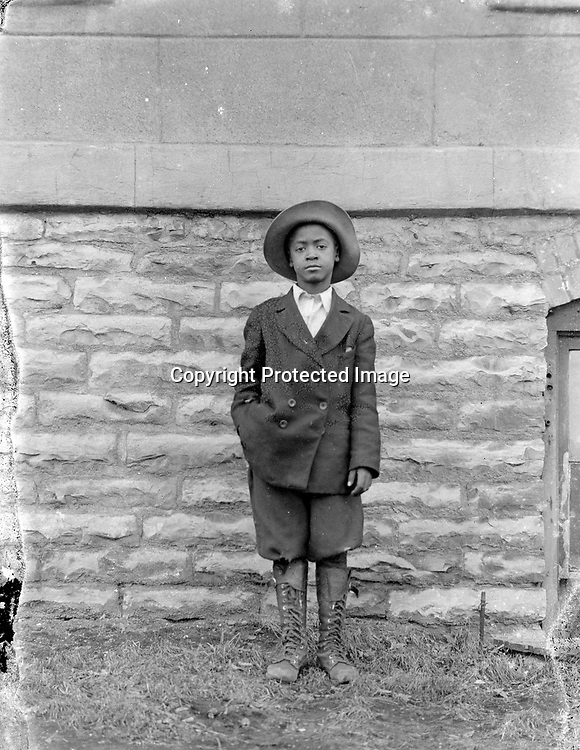 BESIDE THE CHURCH. The wall behind this young man, who poses so confidently, appears to be Mount Zion Baptist Church. That African American congregation was Lincoln's second black church when founded in 1879. The congregation built a stone "basement church" in 1892 on a building site received from the Nebraska legislature in 1883. The stuccoed main story of the church was not added until 1922-1925.