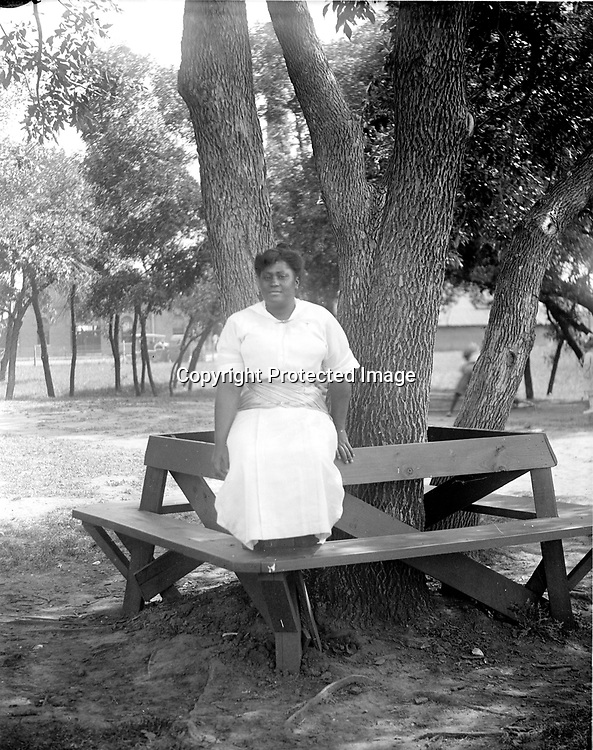 LADY ON A PARK BENCH. Lincoln began to expand its park system in the early 20th century, adding to the single, 10-acre park included in the original plat of 1867. Most of the additional land was acquired along Antelope Creek in the south-central part of the city, combining waterworks and parkland.