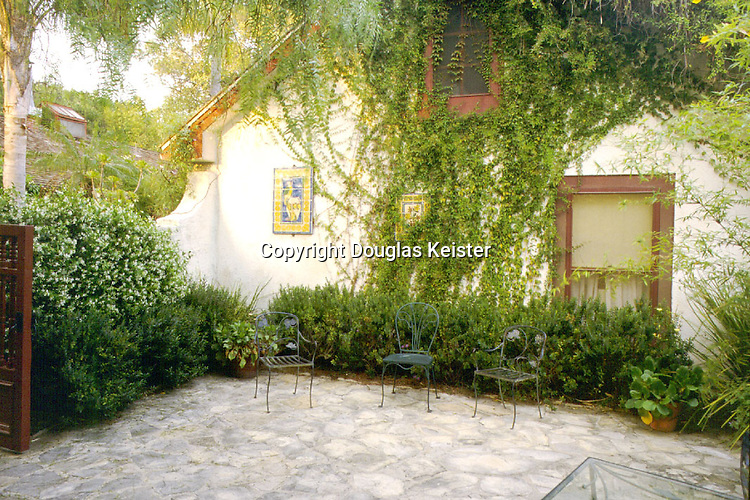 Rancho Los Alamitos is among the few remaining structures in Southern California whose history encompasses the Spanish, Mexican, and American eras of California history. It is built upon adobe foundations built by JuanJose Nieto in 1806; rancher Don Abel Stearns added a wing to the original
adobe in 1842 to serve as a bunkhouse for his vaqueros or workers. The last additions were made by the Bixby family in 1925. Surrounding the house and its idyllic gardens are the rancho1s horse barns, a blacksmith shop, and milking barn--b ucolic reminders of the home1s bygone days as a working rancho.
Douglas Keister