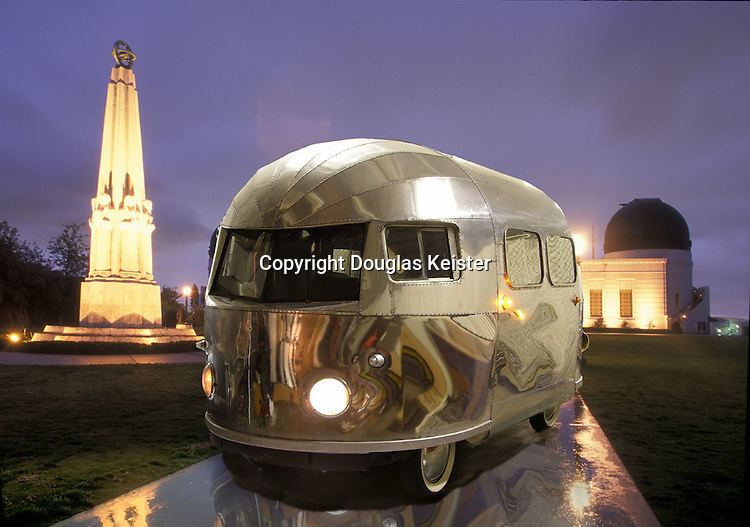 This exceptional RV is a marriage between two iconic camping vehicles—an Airstream trailer and a Volkswagen van. The chassis is a 1959 Volkswagen van, one of the most popular vans of all time. Mounted atop the VW is a 16-foot 1949 Airstream Wee Wind travel trailer, which at the time was the smallest Airstream ever made. The Wee Wind had one major design flaw: it had a lengthwise spine of tubular steel to support the floor members and ribs that led to problems with torsional flexing. Merging the Wee Wind to the ladder-like frame of the VW solved that problem. The ensemble was the creation of an engineer who had a background in the aviation industry.

The current owner, who has owned a number of vintage trailers and motor coaches, is used to having people pull up beside him for a closer look while he motors down the road. Understandably, he was a little perplexed when he noticed people scattering when he drove the Wee Wind on the highway. He later found out that sometimes people mistake it for a runaway trailer and take evasive action. The Wee Wind is owned by Barry Weiss. Photographed in Los Angeles, California.
Douglas Keister