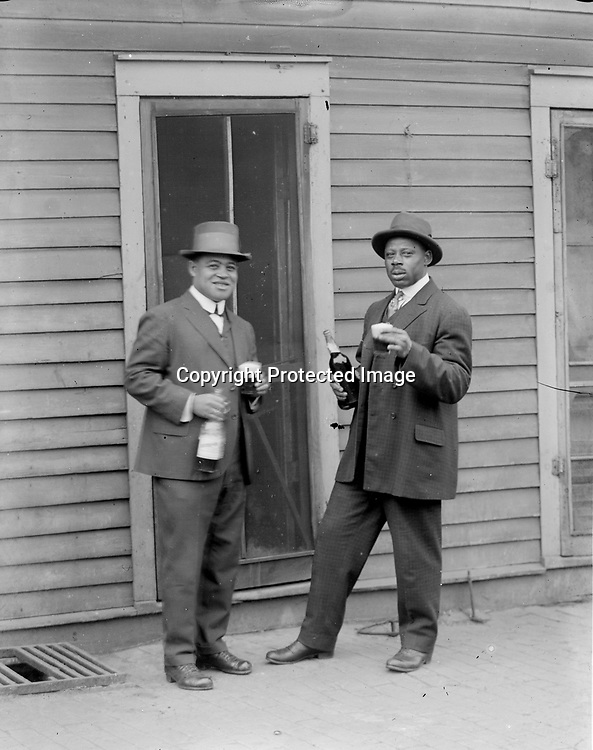 SHARING A DRINK--OR A JOKE? In one image, two friends appear to toast the viewer with a favorite beverage. In the matching view, the same gentlemen pose with casual dignity. Several series of John Johnson photographs raise questions as to their exact purposes, while some were clearly posed as jokes. The man at left in these views may be Clayton Lewis, a star athlete at Lincoln High School who graduated in 1922 and married Dorothy Loving (see image LB200). Clayton (1903-1967) worked as a "red cap" (porter) for the Chicago, Burlington and Quincy Railroad, then for many years was employed by the Lincoln Water Department before moving to Los Angeles in 1960.