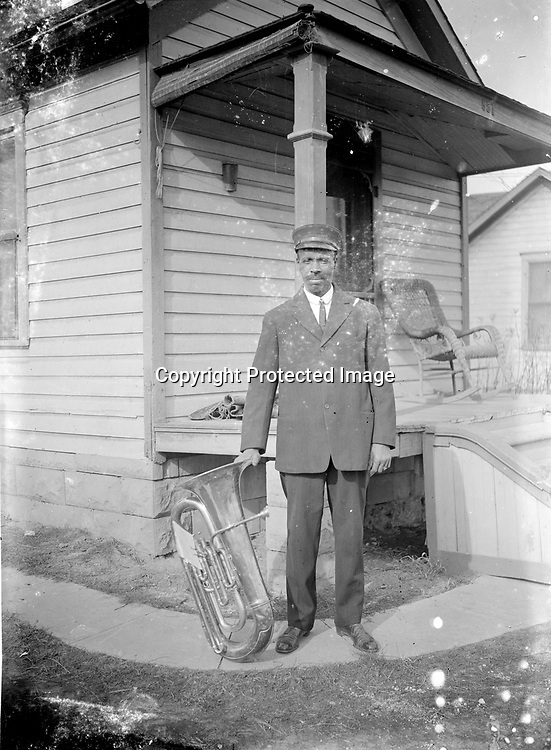 MUSICIAN BESIDE THE SHIPMAN HOUSE. The identity of the musician is uncertain, but his location is revealed by the address 851, which corresponds with the home of Edward and Clara Shipman at 851 University Avenue, located north of Vine Street between North Twelfth and Thirteenth Streets.

The gentleman may be Edward Shipman (1863-1921), who worked as a porter and stockman at various Lincoln paint companies. He is posing with his tuba with music attached. There were at least two African American bands in early Lincoln.