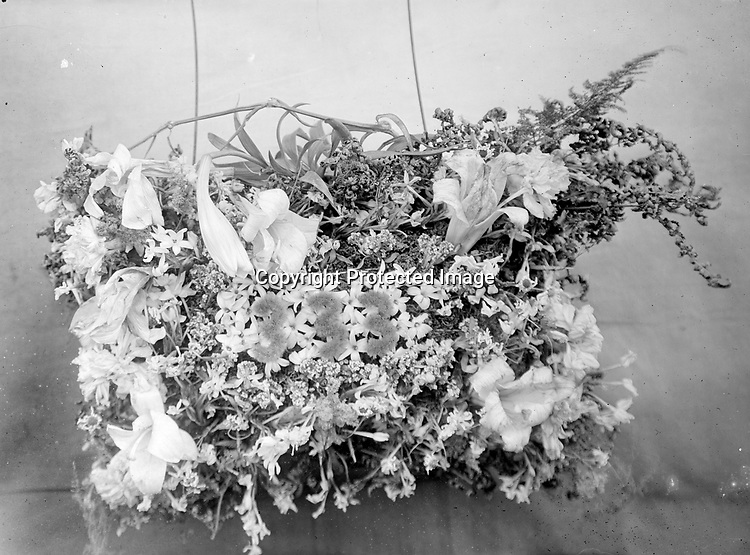 FUNERAL FLORAL DISPLAY. The flowers bear an inscription "333," associated with the Knights of Tabor, an early African American fraternal group. Lincoln's chapter in the second decade of the 20th century was called Ricketts Commandery No. 14.

The genesis of the Knights of Tabor was an African American secret society named The Knights of Liberty and also the Knights of Tabor and the International Order of Twelve that was formed in 1846 by Moses Dickson. The main purpose of the group, which was formed by 12 men in St. Louis, was to organize a slave rebellion. In his writings, Dickson claimed the secret organization had 46,000 members. When it was clear the Civil War would happen, Dickson changed the focus to assisting in the Underground Railroad (their literature states they helped 70,000 slaves escape) and later to a benevolent society with men's and women's groups. Unlike most benevolent societies where the women were subservient to the men, the Knights and Daughters of Tabor were equals.